Loren and I were in Nepal for the last precious days of our three months’ visit. We rang in the New Year with a special menu at the downstairs restaurant of our home base of Yala Peak Hotel in Kathmandu. We loved our cheerful bedroom – cement walls painted a rich yellow with spring green accents, where sunlight warmed our hearts, minds and bodies through south facing windows. The owners, staff and separate restaurant employees were most friendly and helpful.

A highlight was Loren’s Christmas gift for us to ride a helicopter to have breakfast at Hotel Everest View. Mount Everest and the surrounding peaks were our breathtaking breakfast companions, along with a charming young couple and our hotel co-owner who accompanied us to make it all affordable. A second highlight during this brief time was spending a week in the neighbor country, Bhutan. Here we were required to $pend a certain minimum each day as part of being allowed to visit the country, which fees the mandatory tour guide and overnight accommodations covered. We saw wild yaks and Bhutanese cranes, along with a myriad of Buddhist monasteries including the hike up to famous Tiger’s Nest. Seeing several other sacred sites rounded out our travels in Nepal. 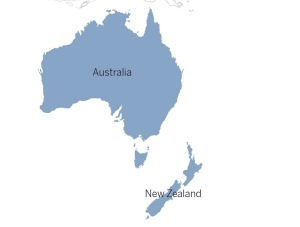 We then flew “down under” for summertime in Oceania. We arrived first in New Zealand to spend three months on the north and south islands. Well, after a month, a full second month was spent in the capital city of Wellington on the north island, leaving a single month to see the south island. Well, we also took a few days further south to visit Stewart Island, the largest of the outlying islands, so had even less time on the official south island. But, it was all well worth it.

Our souls relished in appealing opportunities to spend time outdoors. We had two lovely visits with fellow travelers we had met in Africa and Morocco respectively. A meaningful opportunity in Wellington was for me to teach Bikram Yoga, and unexpectedly meet up with a teacher training littermate at a workshop, who Loren and I later visited with in Christchurch. We also caught up with the young man we originally met in Scotland and subsequently visited in Italy. I have to mention seeing the “Southern Cross” constellation and Mount Cook – highest of the “southern Alps,” our all day Tongariro Alpine Crossing hike, and, culturally learning of the Maori. And the wildlife! We saw a few kiwi birds in the wild and many other new to us birds; fiords, waterfalls, geysers, geothermal pools…

We arrived in Sydney, Australia intending to spend three months. We visited the harbor and attended an outdoor opera performance there. We spent a second week in the Blue Mountains where we hiked and visited a beautiful botanical garden. Then we traveled south to Melbourne to see dear friends. After an overnight in Adelaide, we traveled north through the Red Center to Alice Springs, Uluru, Arnhem Land, Darwin. Our last bit of time was spent on the east coast in the Daintree Rainforest, and, a night on a live-aboard boat to snorkel the Great Barrier Reef. It was great to see two more Bikram Yoga teacher training littermates while in Australia. Other wonderful wildlife sighting included koala, kangaroo and more beautiful varieties of birds. Then, we decided to return to California. 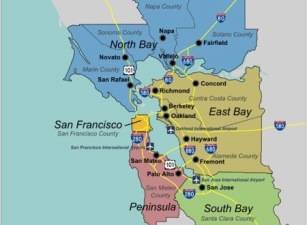 For the second half of 2018, Loren and I stayed at an AirBnB near Loren’s Mom in the East Bay of the San Francisco Bay Area. She was slowly recovering from pneumonia earlier in the year, and Loren’s sister who lives with her needed some help.

Not long after arriving in the states, I flew to New York to retrieve our van from my brother who had watched over it for us. It was an incredible coincidence that my younger niece was graduating from High School and I was delighted that I could be there with her and my brother’s family for the occasion. On my drive back across the US I had several more opportunities for meaningful visits with family and friends.

After I returned, Loren and I did find a little time to visit with some friends locally, though our priority was to spend time with Loren’s Mom and help his sister. We took three weeks to visit in New York for Thanksgiving, where we again visited with several dear family members and friends. We then returned to California for Christmas and New Year’s Eve with Loren’s Mom.