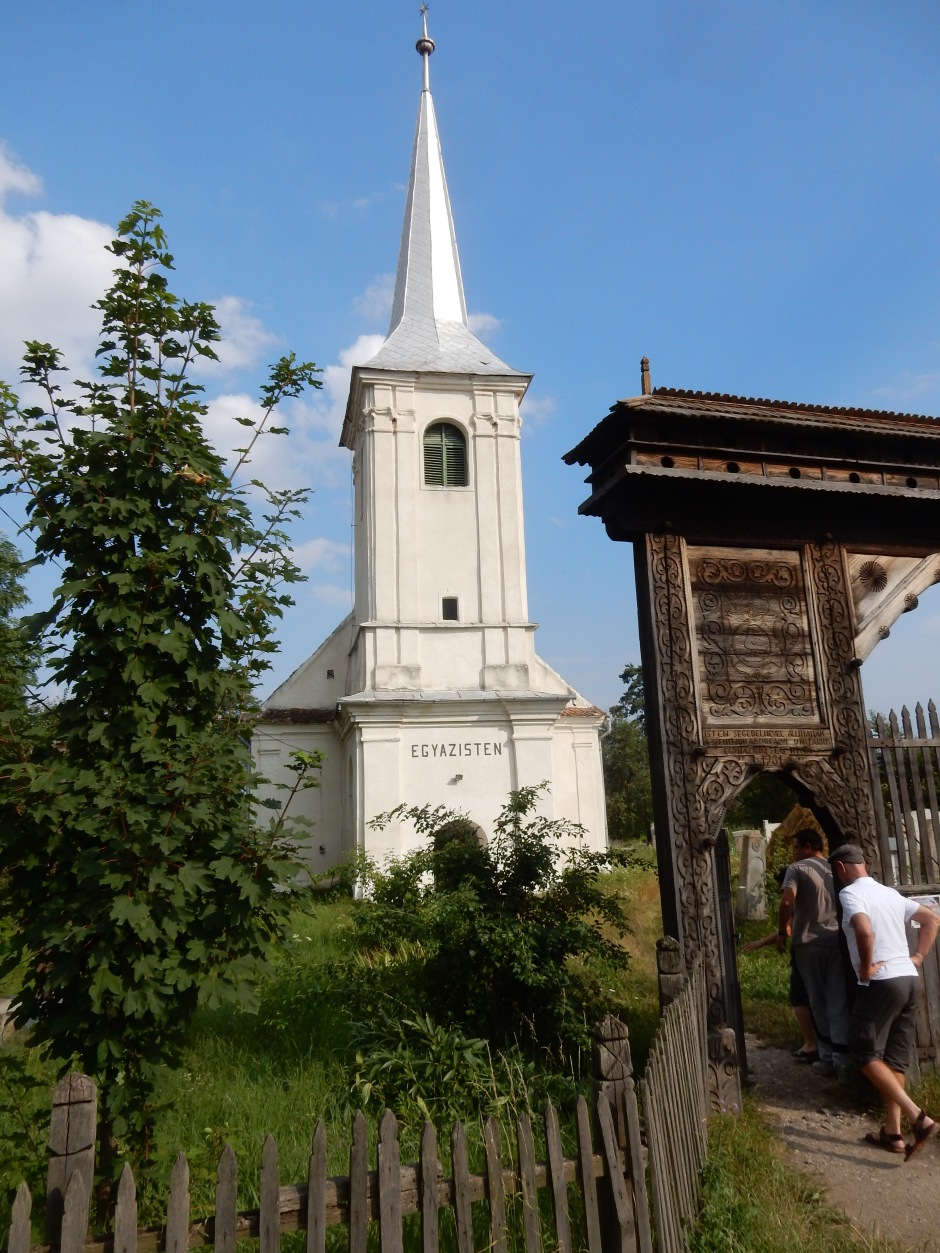 Loren and I began this week still in Sighisoara, or Segesvar in Hungarian, Romania. We took a walk around the fortified town, visiting the Muzeul de Istorie – Historic Museum, at the medieval clock tower. Then we walked to the top of the hill where we had the delight of hearing a soloist and organist rehearsing some pieces in the medieval church, and, back down to our BnB through the old narrow streets. 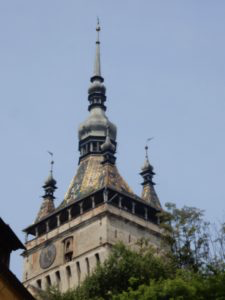 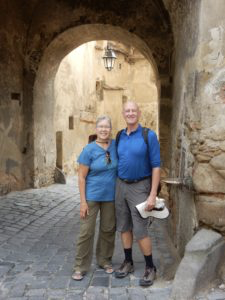 From there we drove on to Brasov – said Brahsh-hov, Transylvania, to the home of our next AirBnB hosts. They are hoping to make a go of their startup working together for environmental concerns. If you are interested you can visit their appealing website:
Greentumble.com
We went for a wonderful hike with them and their hunting dog the next morning, in the nearby Piatra Craiului mountains. 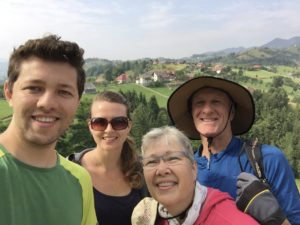 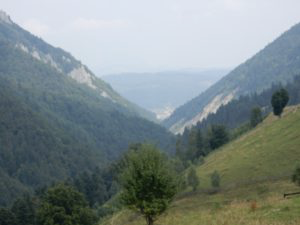 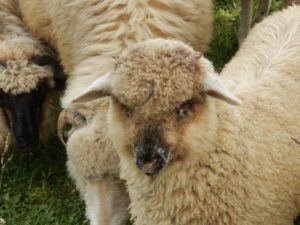 Loren and I then drove the hour and a half to visit the Hungarian speaking region in Transylvania. We were invited by the minister of the Unitarian church in Szentivanlaborfalva, which was once the Unitarian Universalist Fellowship of Sunnyvale, California – our home congregation’s partner church, to visit overnight at a summer camp in Arkos – said Arc-ohsh. The children came from three neighboring communities – Arkos or Arcus in Romanian, Szentivanlaborfalva or Santionlunca in Romanian, near Targu Mures on the map, and, from Sepsiszentgyorgy or Sfanta Gheorghe in Romanian, and Saint George in English. Here 130 children conceived 13 rules – for example, “Be nice to each other,” “Tell an adult if you see a child crying,” among others to follow for the week. They danced, sang, made friends, and, decorated a joyful Welcome banner! 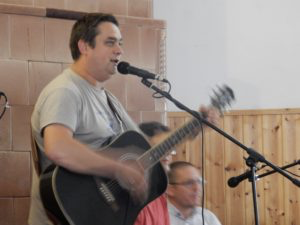 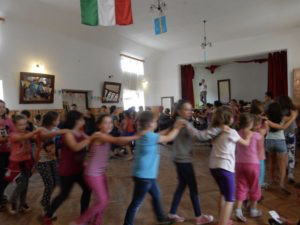 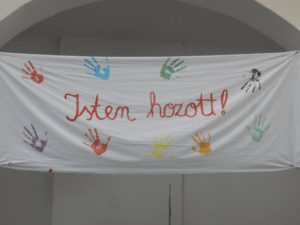 After the children went to bed, the adults enjoyed some social time. 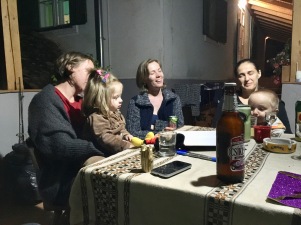 Loren and I stayed overnight at the home of a lovely local family, who, along with other involved families helped us feel like we were already part of the community. We happily participated in singing some English verses that they knew among the many hymns and songs they sang in Hungarian. Camp ended with the Sunday Service.
After another delicious meal together, we followed the minister of our former partner church and his wife, also a minister, to Szentivanlaborfalva to see their church there. They are redecorating the inside which will obviously be gorgeous when they are done. They helped us take the suggestion of a friend from UUFS who has visited Transylvania to stop along the side of the road for some sweet “K-word” bread. The name she could not recall is Kurtoskalacs. We also bought a loaf of yummy potato bread, both homemade and warm from being fresh baked. We did not say goodbye as we left as Loren and I very much look forward to seeing them and their daughters along with others of our new Hungarian speaking Transylvanian friends at a gathering later this month… 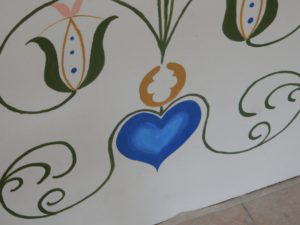 The next evening, back in Brasov, Loren and I took the local-guided walking tour around town, which started with visiting the “Black Church,” after it was partially destroyed by fire. 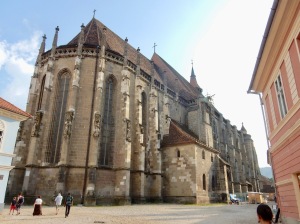 Inspired by a particular sight, I wrote another poem:

A shop named Ravel
brought to mind travel! And, un-
ravel? Or, ravel?

What is different
about those two words? I can
not tell them apart…

Never mind. There will
be little unraveling
in our traveling.

So, since we are visiting in Transylvania, I must mention Dracula. His character makes this area a tourist destination, and the locals remind us with frequent advertising. We drove by Bran Castle, where Vlad “The Impaler,” who is thought to have inspired author Bram Stoker’s novel, was once imprisoned. We did not go inside. I also must mention that I have not noticed a single local person who sounds like a Transylvanian vampire. Years ago I did notice some similarity from my first times of hearing a few different Unitarian seminarians who visited California from Transylvania over the years who preached at our congregation while they were studying at Starr King School for the Ministry in Berkeley. Maybe it is because I have been hearing other European accents for the past year? Or is it that I am used to this particular accent now from my years at UUFS? 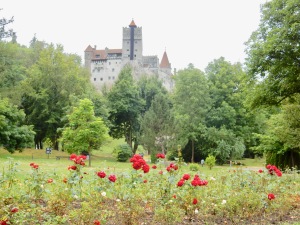 We also drove by Rasnov Castle, then stopped at Peles Castle to walk through the garden and visit the monastery. We arrived that evening in Sinaia – said Seh-nigh-a, in time for an Enesco free classical concert by a Portuguese Youth Orchestra. It featured Beethoven’s 5th among other pieces. And it was obvious that it is August – holiday time in Europe! The hall was so crowded that we only found one proper seat… which I offered to Loren and I sat on a short flight of stairs in an aisle. The advantage was that when a seat next to Loren was available after others left early, I had the privilege to view the orchestra from the opposite side of the hall as well. 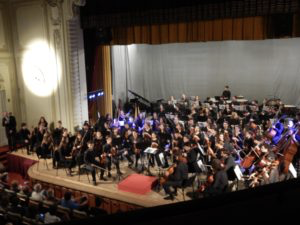 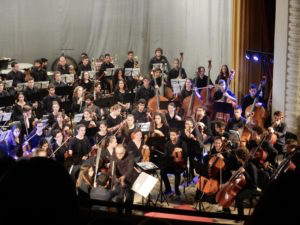 The next day we stopped to see George Enescu’s Villa, named “Luminis.” After touring the home we purchased a CD of his music which entertained us as we then drove through the Bucegi mountains of the Carpathian range. We stopped to take a couple of short hikes in the countryside. After dinner we had a nice walk around the hilly neighborhoods of Sinaia and learned that Queen Anne of Romania had died and her funeral procession was being brought to Peles Castle. 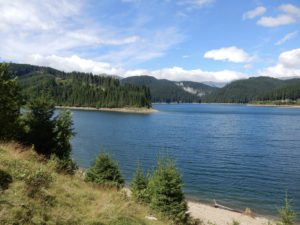 All our mountain driving and hiking had prepared us for the long and winding drive through the Transylvanian Alps to Sibiu – said Sib-e-u, in south Romania. To get there we drove on the Transfagarasanan, a military road created at the order of Romanian Communist Leader Ceausescu many years ago. Along the way we stopped to climbthe 1,480 steps to Poienari Fortress which literally depicts a couple of victims of Vlad III, Prince of Wallachia in the fifteenth century. Hence his nicknames, Vlad The Impaler, then Drakula. 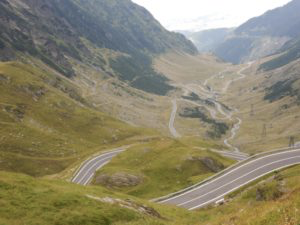 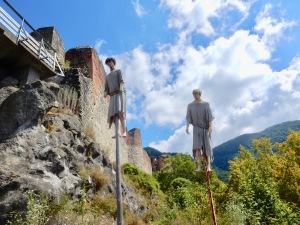 On a happier note, I also have to mention our new friends and their sons, from Poland. They shared our first AirBnB home in Romania in Danesti in the Maramures region. We enjoyed several conversations in the common kitchen, family area and yard. When we were leaving, they said they were staying a few more days, and that they would see us again. As Loren and I drove the Transfagarasan, we stopped for lunch to sit near a waterfall beside our car. As we sat, a car going the other direction pulled over and stopped. Who was in it? Our Polish friends and their boys! They said once again that we would see them later. I was so touched at seeing them again and commented several times on what a fun coincidence it had been to be in the same place at that point in time.
Today Loren and I spent several hours at Astra, an open air museum in Sibiu displaying Romanian life prior to modern conveniences. As we were leaving, it was uncanny to see our friends and their sons walking toward us! We do hope to see them again, as we are all visiting in Romania for our first times for a while longer… 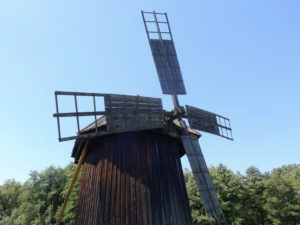 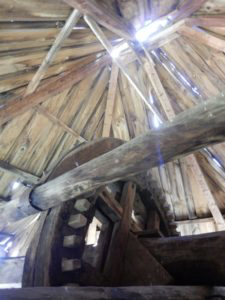 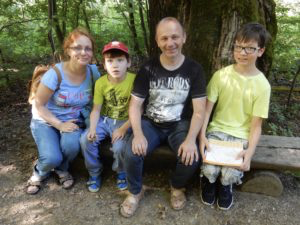 PLEASE NOTE: While this week we have decent internet coverage, we may not have viable service in the countries we are visiting over the next three months. Please check back here, I will share my weekly post when and as often as I can.