Last week I had meant to mention that Loren and I saw a lot of waterfowl near the Bays of Lake Michigan: pelican, gull, geese, duck, and we heard innumerable spring song birds. We saw and heard more this week. I have had to keep reminding myself that these gulls are simply gulls, not sea-gulls, though the vast Lake appears ocean-like. One new friend at Bikram Yoga Toledo, Ohio, mentioned how the Wisconsinites, Michiganites, and Ohioans talk of coast to coast as being from one side of Lake Michigan – or Lakes Erie or Huron, to the other, and not the Atlantic to the Pacific… An example of one’s perception!

Loren and I were still in Toledo at the beginning of this week, visiting with two of my Bikram Yoga Teacher Training Littermates, a couple who attended training together. I learned that in addition to being in my training group #16, they are now Studio Owners. Congratulations friends! And, what a wonderful mentor peeking over our shoulders – Paramahansa Yogananda, who’s birth name was Mukunda Lal Ghosh. He is the author of Autobiography of a Yogi – an amazing book that George Harrison of The Beatles would recommend and even give away to anyone who was looking for spiritual insight. Yogananda is also older brother of Bikram Choudhury’s guru, Bishnu Charan Ghosh.

By coincidence, I met at this studio another instructor – who’s name I recognized as a new teacher at my home studio since Loren and I left home in 2014. It was nice that I was able to take his class for the first time. What a small Bikram yoga world!

While in Toledo, Loren and I visited their Museum of Art. My favorite painting there among so many of interest was The Discovery of Adam by William Holbrook Beard. It satirically pays tribute – and is still currently apropos – to disparate views over a hundred years since he created his art.

On the walk back to our AirBnB we were treated to street art, 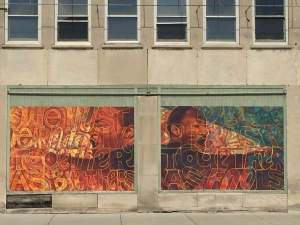 and vibrant blooms in the neighborhood. 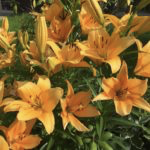 I taught and took a few other Bikram classes while we were here. Loren took a couple of classes, but one afternoon he attended a Multifaith Lecture at the local Unitarian church, and, one morning he enjoyed a bike ride around Maumee Bay State Park where we had camped overnight.

On our last night in Toledo we stayed at my Littermates’ home, enjoying their beautiful dogs, the one cat who did not hide from us while the other one we never saw, and, the bird who has recently adopted them. We ate a delicious take out gourmet Chinese dinner from QQ Kitchen, and my fortune cookie said, “Focus in on the color yellow tomorrow for good luck!” Incredible, since the studio carpet and ceiling are a lovely yellow… Then we had the privilege to watch the last Cavaliers vs. Warriors game of the finals, because, the Warriors came back to win at home, 4 games to 1. YAY DUBS! It felt like Bikram family to hang out with my friends in Toledo, how wonderful to see you both!

Then, Loren and I were off to see Rutherford B. Hayes Home and Presidential Library, which was as rewarding educationally as the other Presidential museums we have visited. We camped that night in the rain, but awoke to find a Disc Golf course right in front of our campsite! The grass was nearly dry enough for us to play all 9 holes. Loren “won” by throwing 33, and I am proud of my not too much higher score of 39 throws. And we both had a little exercise in the process. After removing our wet sneakers and socks, we set off for Warren G. Harding’s home. This is soon due to be thoroughly remodeled and reopened in 2020 for the 100th anniversary of his Presidency… 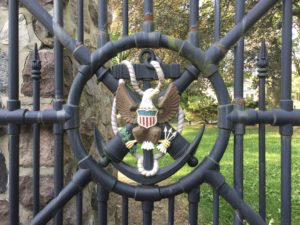 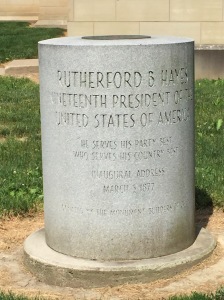 Still in Ohio, we met friends for dinner at Mohican Lodge, with a beautiful view of Pleasant Hill Lake to entertain us. We spent the night with them in their lovely home, had a delicious brunch together, then, as we were about to leave we all realized that we had not yet played Canasta! We stayed and spent the next several hours, with a brief break for lunch, playing what we called a Memorial Canasta Tournament in honor of our dear departed friend, Gary, who is this friend’s brother. We reminisced a lot about how Gary would have played during our game together. As well, the four of us found several connections including New York roots and half Italian heritage, for example… as is the word Namaste so often said at the end of a Bikram class – another connection for us all with Gary a la Ram Das’ version of the word’s meaning. A most memorable and fun visit. 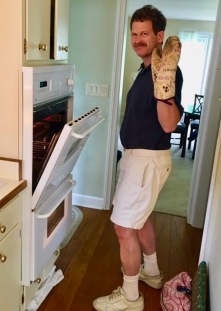 Now we are in Ohio’s Amish country, where we have seen a few small horse-drawn black buggies. A friend of Loren’s from their Castro Valley Toastmaster Club days who is also on extended travels with his wife emailed,
“There have been so many spectacular things that have happened to us and most
were because we were in the right place at the perfect moment. Then again,
maybe it’s more about appreciating each moment that was special anyway.”
So true! 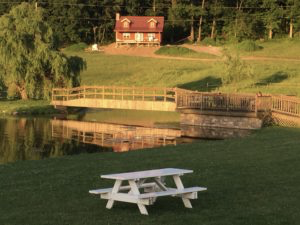 Tomorrow we are off to see another of Ohio’s Presidential museums, that of William McKinley. We learned that Ohio provided 8 of our 45 United States Presidents. How impressive Ohio! 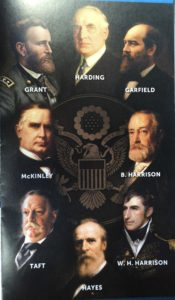 And, we wish a Happy Father’s Day to all our family members and friends who celebrate this special day this year!