This week was a week of visiting with some very special family and friends!

Loren’s and my week began with spending time with Loren’s Mom and sister. We took Mom for brunch near where a new annual classic car show in town added an unexpected out of the ordinary element to the day. Later I was glad that I could help out by washing windows for them, which was much appreciated. Then Loren and I enjoyed a delicious dinner with a group of his long time friends which included great conversations, the evening of which regrettably I neglected to capture a single photo.

The next day we drove Mom around her childhood neighborhood in Oakland, California. She seemed so tickled to see her high school and the house where she had lived just before her marriage. She reminisced, crooned “Hello House” commented on the home’s landscaping, and, asked to return to see it once more before we left that neighborhood.

The next day Loren and I arrived at DMV 15 minutes before it opened to find a long line had already formed, all with heads bowed toward cell phones. We spent nearly 6 hours in all there to reactivate the registration for our van, persevering through to success!

From there Loren and I drove to Monterey for an overnight stay. We had a really good visit with cousins of mine, near the setting of Steinbeck’s depression era novel, Cannery Row. It was delightful to have the opportunity for both a dinner date followed by a mid-day through evening spent together, with lots of memorable and meaningful conversations in a modern era setting of surf and marine life. 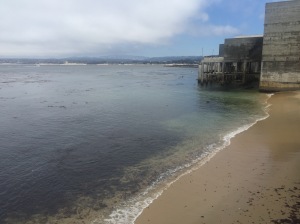 From there, Loren and I had to split up again for our third period of extended time apart during our Journey. He dropped me at a BART station to reach San Francisco airport in time for my overnight flight to New York through Chicago, while Loren will remain in California. I slept well on the flights so had good energy after my brother picked me up and reunited me with Loren’s van, newly maintained thanks to my very dear bro. After he returned to his job, I visited the cemetery where close members of our family are buried, and worked until satisfied with clearing lichen and encroaching grass from their headstones. 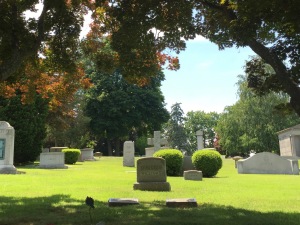 My brother and sweet sister-in-law have again opened their lake home to me. It is so peaceful here. This time I have seen a large fish swimming along the water’s surface, heard bullfrogs, seen fireflies as well as a group of geese swimming noisily in formation. 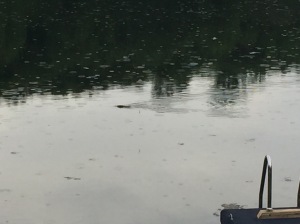 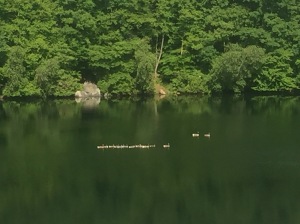 This week too my brother and his family invited me to enjoy a BBQ with them at their home, which was wonderful. I also had the opportunity with a dear friend to hike through Lasdon Park and catch up over lunch. 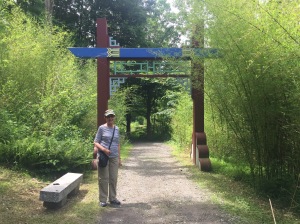 Then, the biggest event of my week was the privilege of attending my younger niece’s High School Graduation ceremony.

When my brother and I first arrived to reserve seats for the outdoor ceremony, my brother conveyed by text to my older niece that she was spontaneously invited by the band leader to add her immense talent on the flute to the band’s offerings to the event. She was delighted to sit with two other musicians who she knew from her high school band days who also each had a sibling graduating this year and who were similarly tapped to fill out the winds section.

The evening finished with photos and a beautiful family dinner. The weather could not have been more cooperative to enjoy the ceremony outdoors, including dinner later with views of the Tappan Zee Bridge that spans the Hudson River.

Living 3000 miles away for so many years of my adult life makes participation in and witnessing some of the special events in my brother and his family’s lives that much more precious. And, with technology, Loren too has been able to join me here this week.