Loren and I began this week with our friend here on a drive around Lithia Park in downtown Ashland to see beautiful fall colors,

followed by a walk in the park. Lithia  park was designed by John McLaren, the same person who had laid out San Francisco’s Golden Gate Park, It includes such features as  Lower and Upper Duck Ponds, grassy areas, a Japanese garden, lots of wonderful trails through lots of gorgeous trees, a few bridges over Ashland Creek… worth several visits. 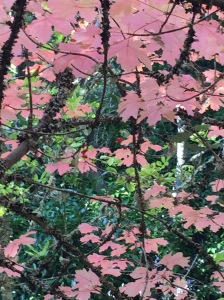 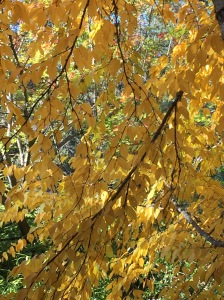 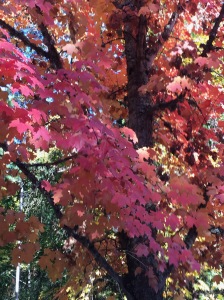 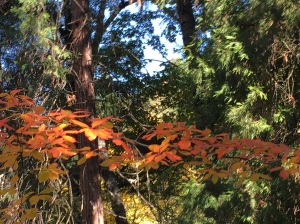 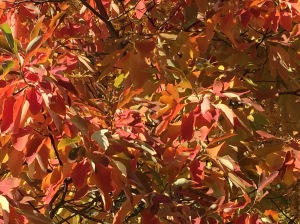 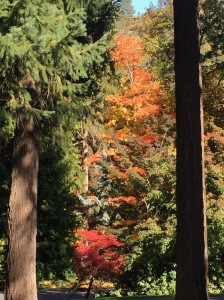 Loren and I continued taking in offerings of the Ashland Oregon Shakespeare Festival. This week we saw All’s Well that Ends Well. As it was the final performance of the festival of All’s Well we were treated to the tradition of the entire company closing out a show.

We also saw Between Two Knees, intended to be a comedy about bookended events that happened in history at Wounded Knee. We believe this particular performance was more so attended by Native Americans, because we saw it on national Indigenous Day, aka Columbus Day. We also saw Indecent and Mother Road this week. And, we were delighted that our dear friend who was the Flower Girl at our wedding came with her boyfriend who we had not yet met from Portland. Together we saw La Comedia of Errors. This was performed by the same cast who performed Mother Road the night before, as both performances were bilingual portrayals of the plays. Afterwards we restaurant hopped for appetizers and finished the lovely evening at our favorite ice cream parlor. 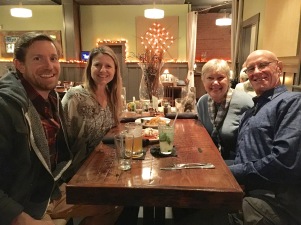 Not only is Lithia Park beautiful to see, but the whole of Ashland is ablaze in fall colors. We notice the hills behind the prominent Ashland Springs hotel have changed from simply green to displaying lots of yellows, not to mention the variety of colors in the foreground. And, the weather has changed toward the end of this week with more rain. 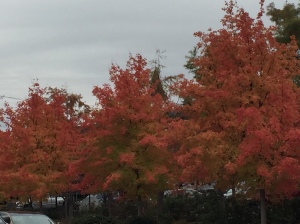 What amazes Loren the most is the variety of different trees and shrubs here that display their colorful best. He has seen fall colors before, but claims this is the first time he has ever stayed put in one place to see the intensity of color emerge over time. 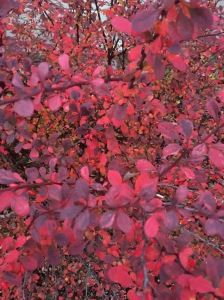 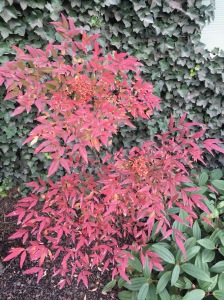