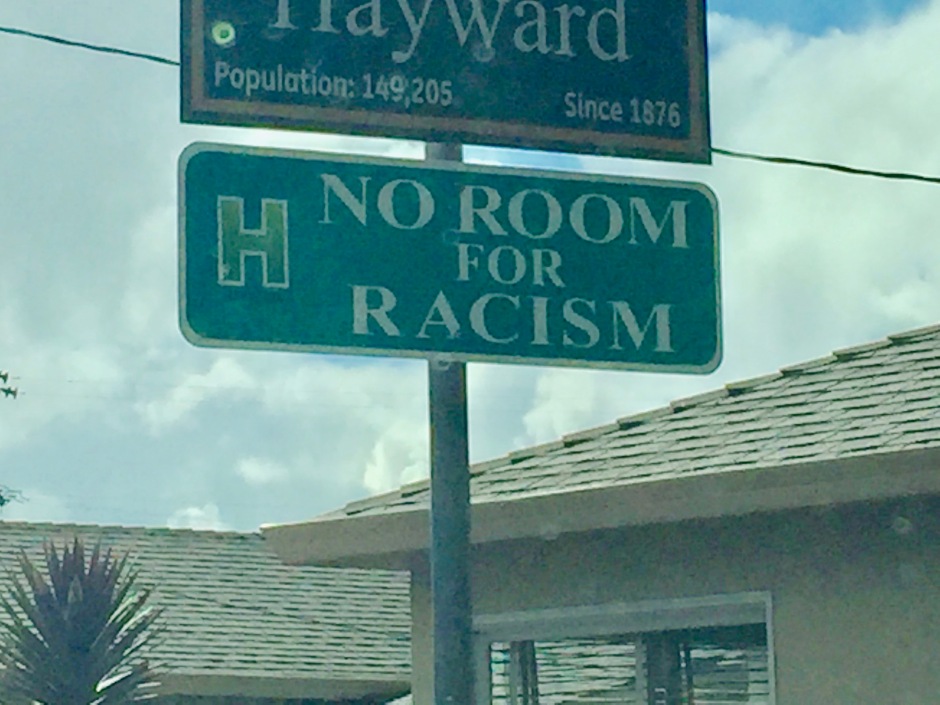 Thank you to our family and friends who reached out to check in on us this week. We have had more sun than rain in northern California, but the heavy rain that did come created devastation in parts of San Jose, as recently happened elsewhere in the state. Fortunately our home is not on the flood plain.
At the beginning this week, on the way to a dear colleague and friend’s new home, Loren noticed a new small street sign at the border to the neighboring city, Hayward, that I want to promote: “There is No Room for Racism.” As some seminarians aptly use to conclude their message in a homily or sermon in Unitarian Universalist services, “May it be so!” We then had a wonderful dinner date with this friend and her – new to us -engaging beau, at their lovely home. It is in the hills offering more views of the bay, beautifully lit up at night. She also has two – new to us too – kittens from the same litter. I love her names for them: Pumpkin and Spice. Seeing them play brought back memories of when I housesat for her cats, first Arthur then later Harry, when she lived in Los Altos. 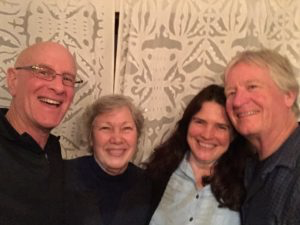 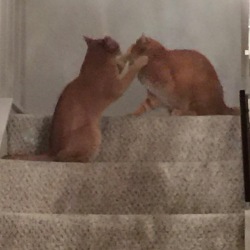 We also appreciated some friends coming to meet us, closer to where we are staying this week. For example, we enjoyed a fun dinner out with former business associates friends of Loren’s, including two adorable young girls of one of the couples, in nearby Dublin. 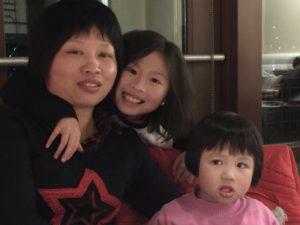 Then we a fun lunch out in San Ramon near our yoga studio with a couple of women friends from Loren’s  first Toastmaster’s Club of Castro Valley.

Another day Loren spent in San Jose visiting with some of his friends and mentors – one for lunch, another for coffee, then another for dinner, before these two joined in for a men’s group gathering. While he was away I spent the day with Loren’s Mom. I borrowed Loren’s sister’s car, drove us out for lunch in Castro Valley, then together we picked up Loren’s sister at her work on the way home. Daffodils blooming from their prolific back yard make a lovely table decoration.

We had another fun evening, and that was to visit again with friends at their home with their children and a fiance, and another long time friend. The son is Loren’s Godson, and we also were able to celebrate his 32nd birthday together. Happy Birthday again! 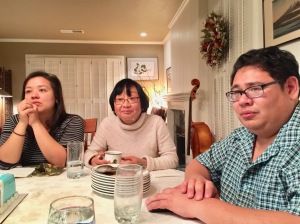 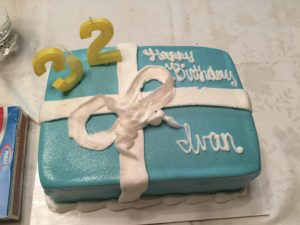 This particular friend of Loren’s is a published author, and it was nice to see his children reminisce of their claims to fame in his books.

But, Loren, standing on the trail in color, and Loren and I as hikers in black and white in a couple of photos can also claim fame through one of his books! 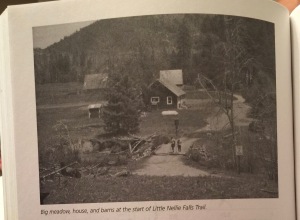 This week I have also spent time working on my notes of Loren’s Italian family history, trying to put the stories into a cohesive form. I have been working on this in bits and pieces over the years and believe I must also have some notes tucked away in storage. I want to try to have it to a point that I can review it with his Mom while we are here. Her memory is declining though. For example she told me the other day that no, she and her mother had joined her father in Boston after the depression because he went there first for work. So I changed all my writing about the other way around – that he had joined them there. Then, clear as a bell, she later said that, no, he had joined them in Boston after she and her mother first went with two of her mother’s brothers. So, I changed it all back to what I had remembered her saying years ago. This is a work in progress.