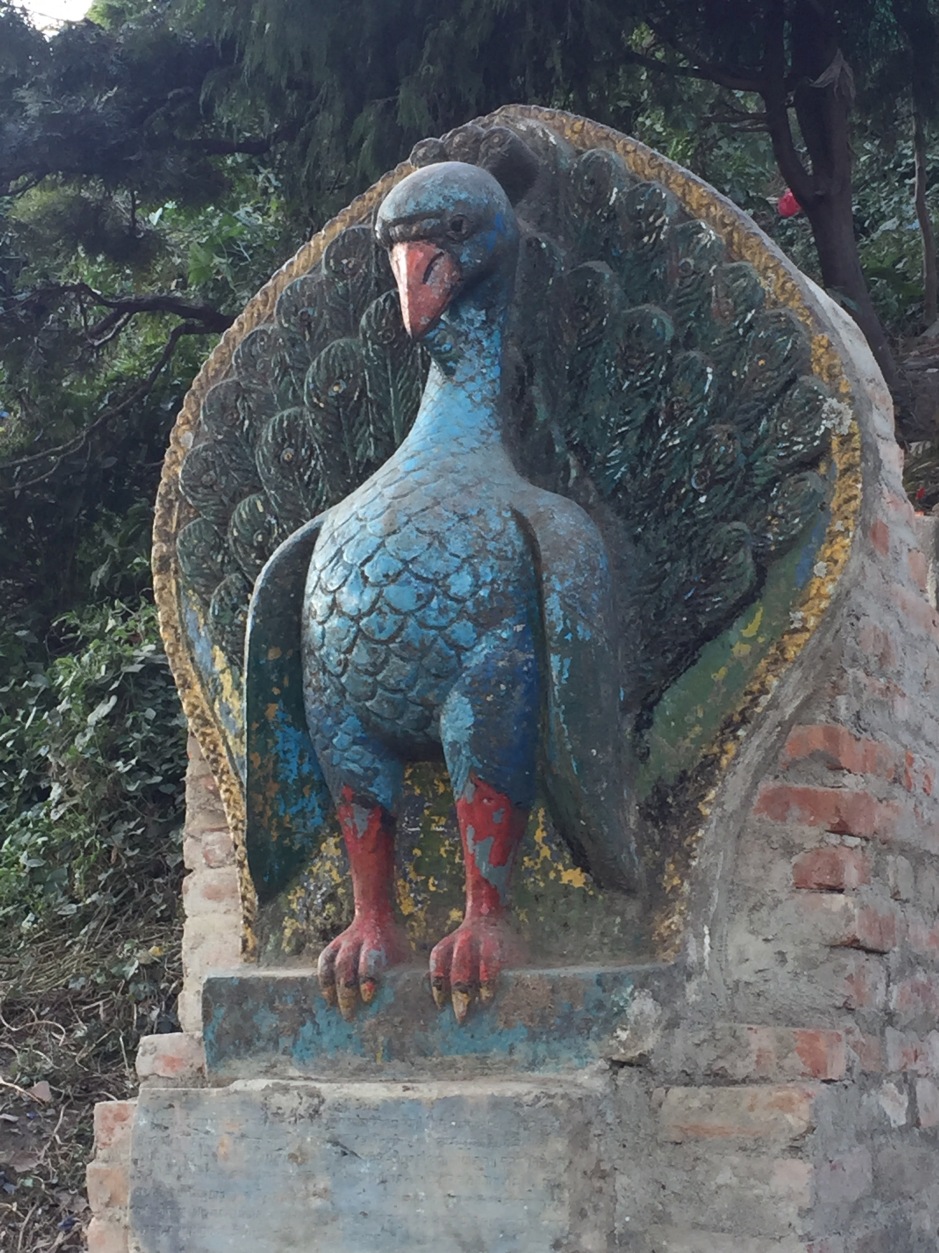 We began this week enjoying the postponed dinner date with our newlywed friends from Shanghai, then had one more full day in Lumbini. Over breakfast at our Tourist restaurant, we met a couple from the Piedmont region in Italy who Loren enjoyed talking with in Italian. We learned that, like us, they have no children. We hope to visit someday at their home in Turin, and to meet their beloved cat. We said farewell to our friends from Shanghai at breakfast too, they went to stay at the Canadian Monastery.

Loren and I rented bicycles again and rode over to see the Visitor’s Center and Lumbini Museum in the Park. We also stopped at a couple of Nepali monasteries, and, the last monastery we saw was the Canadian one. We had been invited to spend more respite time at our Swiss/Austrian monastery where we had stayed the night, where we had another couple of hours of reading, prayer and meditation. 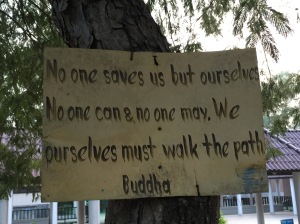 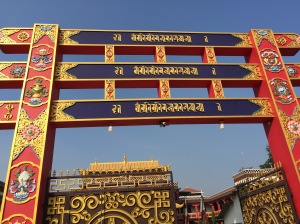 We had an unusual experience, when first I noticed a small dark protrusion on the forehead of the monastery’s dog, which I had not seen before but imagined it must have been there all along. A bit later, Loren told me he had flicked a “worm” off the dog, then took me to see what he meant. I realized then that dog had picked up a leech. I had read about these being most active above 4000 feet and during the wet monsoon. It was therefore interesting to find one at 500 feet in the dry monsoon. In just a short while it had grown from about a quarter inch to more than an inch in length. The Nepali man who maintains parts of the monastery and who speaks little English confirmed, yes it was a “leechee” and that they live in the tall grasses outside the monastery walls. 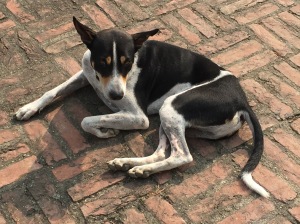 The next morning we were up quite early for our 5am bus to Kathmandu. Our predicted 12 hour ride turned out to be 15, between heavy traffic, stops for construction, and more standstills while emergency sirens wailed as we approached the outskirts of KTM. The nice comparison of this bus to the other two we had ridden in Nepal, was that it had a video screen and showed Nepali and Bollywood movies. We enjoyed passing part of the time with their music videos, romances and dramas. Even without subtitles, the plots were discernible from the actions.

One afternoon back in KTM we walked the 2 kilometers – just over a mile, to see Swayambhunath Stupa, nicknamed the ‘monkey temple’ for all the rhesus macaques who inhabit the area. It was worth climbing the long staircase for the views at sunset. 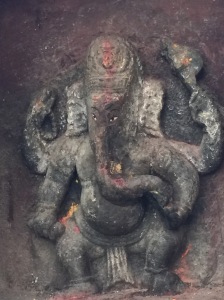 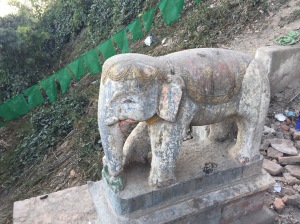 We also enjoyed two more dinner dates with our special friends from Shanghai this week. They had returned to Kathmandu to prepare for their flight home, and, we already know that they arrived in China, safe, and to a cooler time of the year. 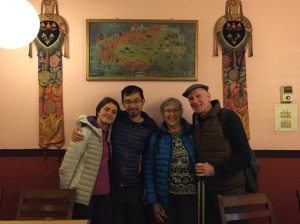 Otherwise, we have spent the week laying low, planning our next trek in Kathmandu Valley, and preparing for more of the next months of our Journey. We are enjoying our time here. We have neat hotel co-owners, who gifted Loren and all their staff with a Nepali style hat. And, we have the best room – we know so because this week when we asked to  move back to it, the staff confirmed, everyone asks for Room 405. It has a south facing wall with double windows, which helps it feel cheerful and also keeps it warm. 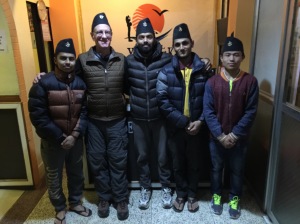 Finally, this week I just had to snap a photo at a restaurant where we have eaten some of our meals, the image on their wall captures our Journey for me.