Loren and I hope you had a wonderful Thanksgiving! We were grateful to have enjoyed two celebrations this year, more below. We began our week hosting my brother, his wife and their younger daughter for dinner at their lake house, where we are staying while here in New York. Sadly I neglected to take any photos save for the one of the design I put on my pie for desert, but I can say it was an enjoyable evening together. My design may be hard to make out — that’s a delicate peace sign in the middle of the pie.

The next night, Loren especially enjoyed watching the Packers vs 49ers play in Santa Clara on our TV. We had more of an appreciation of the Packers from having seen them in Lambeau field a couple of weeks ago, though we were still glad to see the 9ers win. The next day, Loren and I took in a double feature of movies: we saw A Beautiful Day in the Neighborhood and Harriet. I was grateful that we saw them in that order. While I was deeply moved by both films, Tom Hanks’ portrayal of Mr. Rogers’ encounter with a journalist unaware of his feelings felt light, only when compared to the intensity of Harriet’s dangerous flights for sheer life for herself and others. The next evening I remembered to take photos when Loren and I entertained my other niece and her now fiancé for dinner. A most handsome couple, we wish them all the best in the future.

The day before Thanksgiving, my yoga class took an annual picture, which was nice to be  a part. Then, I snapped a picture of the NY reindeer that I have passed by on my way to yoga here.

On Thanksgiving, Loren and I were up early to catch the 6am train into Manhattan. With the station so empty, I looked up to find several Zodiac images on the massive ceiling. 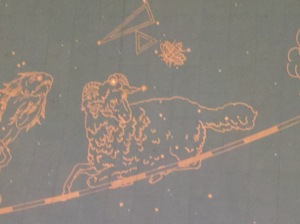 Loren and I joined special friends for brunch, at their place that has a storied view of the parade route. Google even proved the path wound in front of their building. On our walk there from Grand Central we stopped at the Algonquin Hotel to see their famous round table, at the suggestion of a friend from California. 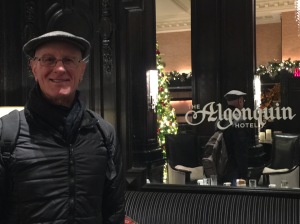 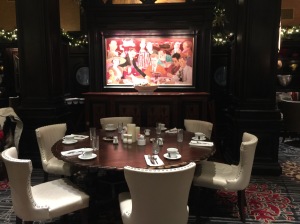 Then we did our best to make our way before the Police barricades were in place. We did fine until we reached the corner to our friends’ place. After being turned away by two police officers, we found another support us, which even entailed us climbing over fencing, but we made it! 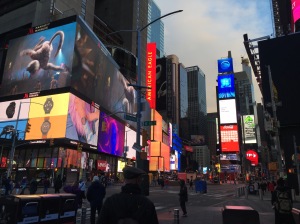 Being with our friends and watching the parade across the street from Central Park was most memorable, the first time Loren or I have seen Macy’s parade in person. 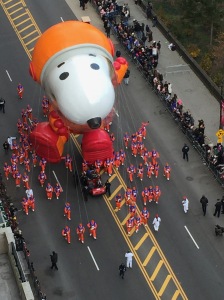 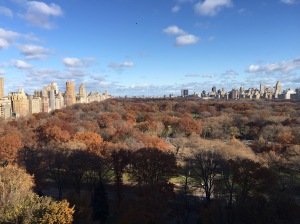 Back at Grand Central Terminal, it was as busy as the oft-used analogy suggests — do you see Loren standing in about he same spot as my earlier photo? Fortunately we found seats on our express train back to Westchester, 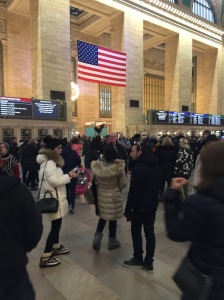 where we had a lovely and delicious dinner with my brother, his family and dear neighbors. 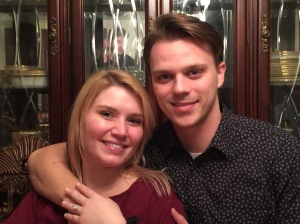