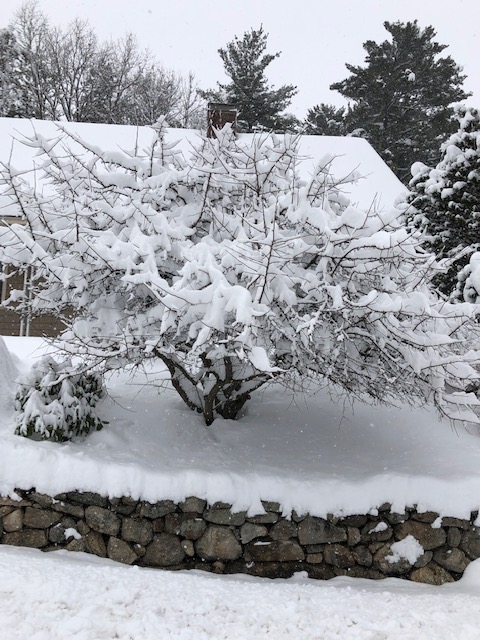 Sometimes people must leave a place and return to it to learn about it… at least this is true for me this past week as I pursued genealogical records of one of my great-grandfathers in my home town. As you might surmise, Loren and I were still in New York at the start of this week. After I filled out the necessary paperwork, I noticed the pen I was using had an image of the city logo attached, which made me curious about what the years on it meant. The city was incorporated in 1917, but its earlier history includes 1683 when the land for the city was purchased from the local Native Americans, and, 1776 when the State of New York – renamed from the Colony of New York, ratified the Constitution. Therefore, my home town is known as the Birth City of the State of New York. I am duly impressed by this history. 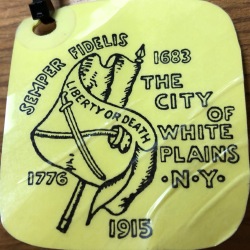 While downtown, I was also moved to take photos of a few remaining older buildings so familiar from the first half of my life. One is of City Hall where my grandfather took me as a child to watch parades from its balcony, another is where my grandfather had his office, and the other, just down the street, is where I worked for my first full time job. 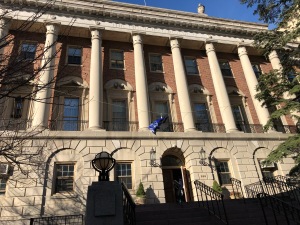 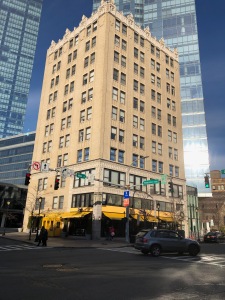 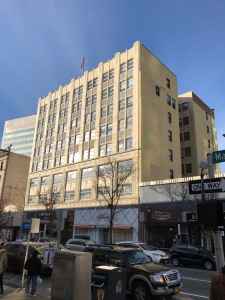 Our last visit this week with my brother and his family was going to see the movie Ford vs. Ferrari which was as outstanding as some Loren’s and my other favorite uplifting movies — like Seabiscuit for one. Then we went to dinner afterwards and bade these dear ones our fond farewells. 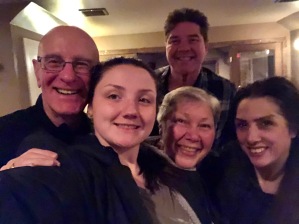 The next day the predicted heavy snow and sleet storm arrived. My plan to attend It’s A Wonderful Life Radio Show featuring a fellow yogi in the performance was canceled. The snow finally stopped but with the cold temperatures creating icy conditions it was a good day to stay put inside. The next morning more snow had fallen over the ice, so we canceled our plans to drive to New Hampshire to have lunch with friends and dinner with other friends there. The question remained, should we stay put in New York and wait out the prediction of more snow or would we brave it to keep our AirBnB commitment that night in New Hampshire to be closer to my cousins and our intended visit the next day? 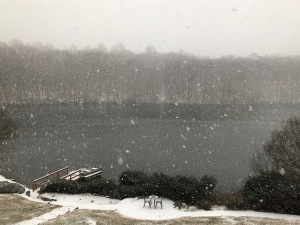 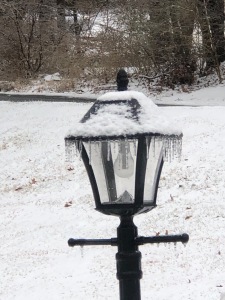 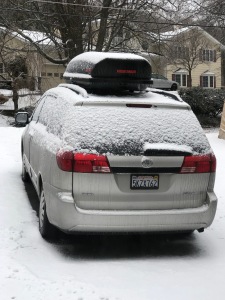 With my success driving through Wisconsin’s and Ohio’s Arctic Blast, we chose to drive at a cautious pace during the warmest hours of the day when the plows, sanders and salters would provide the best driving conditions. We made it just before dark, and just as the AirBnB host was using a snow blower to carve out a parking space for us. We had conversations with a couple of other AirBnB guests from Arizona about the storm. They were supporting a Democratic Presidential candidate who was also in town. In the morning we awoke to find “Winter Storm Ezekiel” that had been predicted to “keep hammering parts of New England” had dumped a lot more snow overnight. 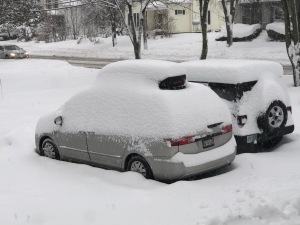 Our AirBnB host — with his snow blower — was nowhere to be found at checkout time, but Loren shoveled and I helped scrape the car, and we slip-slid our van onto the plowed street to make our way to my cousin and her husband’s home nearby, as planned. 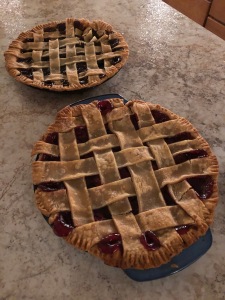 The next day there was no further precipitation and we four spent a good part of it visiting New Hampshire’s State House in the capitol city of in Concord. A cornerstone commemorates the history of the building, which now turns out to be 100 years. And my cousin found a portrait of one of her ancestors on her mother’s side. That evening another cousin joined us for dinner and it was nice to catch up with her too. 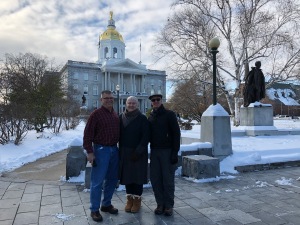 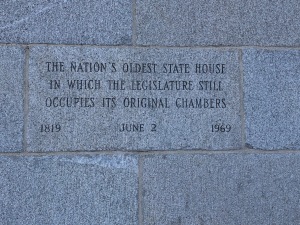 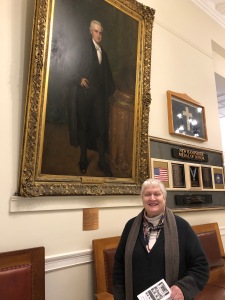 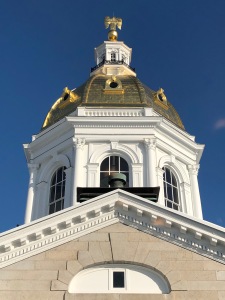 I was delighted to learn the history of the eagle that adorns the cupola was redesigned from facing left — signifying for war, to now facing right, signifying for peace. 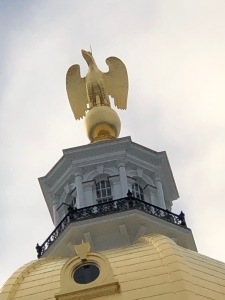 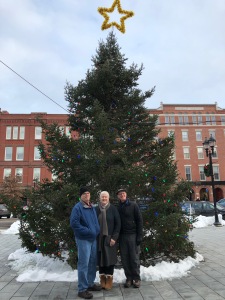 The next morning while our cousins kept an appointment, Loren and I walked around the neighborhood. It was more than a little surprising to find one neighbor’s political signage include a different sort of request… 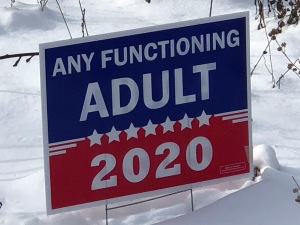 That afternoon it was most meaningful to experience helping to make homemade ravioli. The dinner included meeting neighbors of our cousins to share in the wonderful meal. 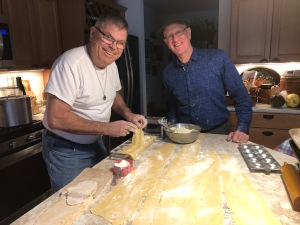 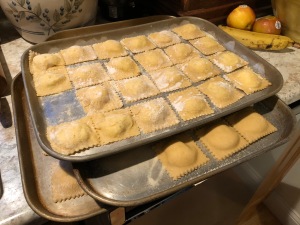 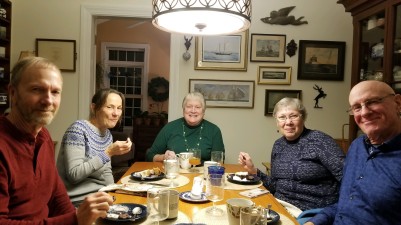 After another sad farewell to people we are so fond of, Loren and I have now driven on to Washington DC. It is the first time we have driven through Delaware on our Journey…