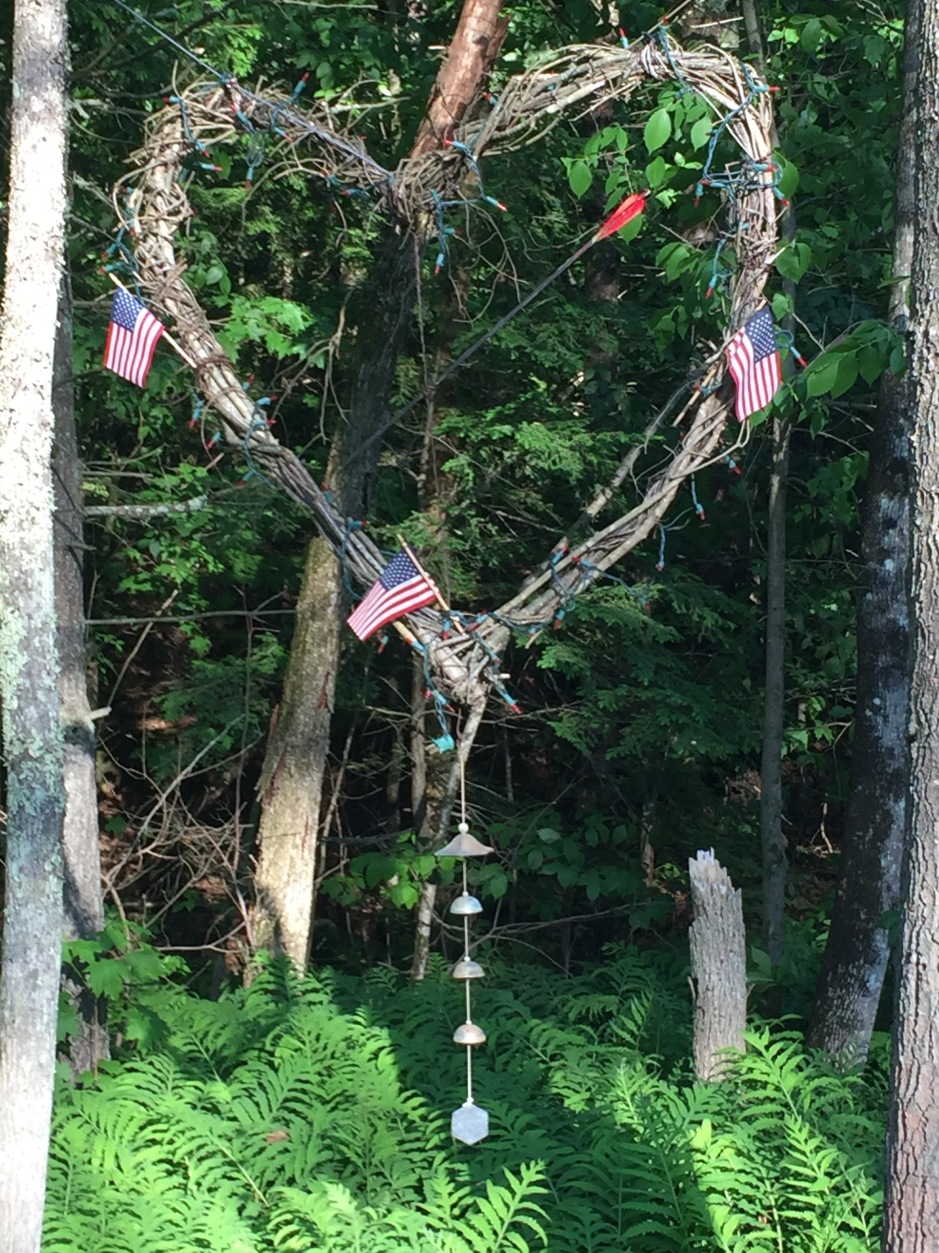 Loren and I spent most of this week in Massachusetts, still staying in North Andover at the start of the week. After taking a Bikram yoga class, we had an enjoyable breakfast date with the yoga studio’s venerable 83 year old practitioner. She is featured in the studio owner’s book for Bikram Yoga teachers, where she is quoted as one who takes daily yoga class instead of daily prescription drugs, unlike most of her friends. Afterwards I went to the local Red Cross office to complete a CPR course, then Loren and I enjoyed watching A Star Is Born at our AirBnB home.

That evening we had a delicious dinner and meaningful visit at the home of a dear friend who moved back to Massachusetts from California some years ago. She and her family commented on how their dog was so comfortable with me, as this only happens with those who are family members. 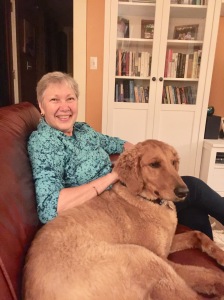 The next morning our AirBnB host fixed us a yummy breakfast, and I appreciated a walk in her yard just as light rain began. Loren and I then went to the yoga studio for a Yoga Talk but, with it now hailing, the only other attendee was our 83 year old friend. So it was half yoga talk and half social, or perhaps more social than yoga. Loren and I decided to stay for the 4pm class, then we drove on to our next AirBnB on the Atlantic coast in Ipswich.

We arrived before our host had returned home, and we delighted in seeing so much of the inspirational quotes, artwork, and imagery around her house that she has collected. Then we were treated to a beautiful sunset outside her window. 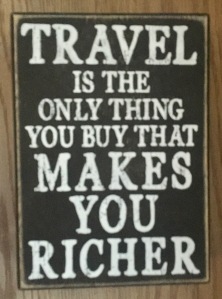 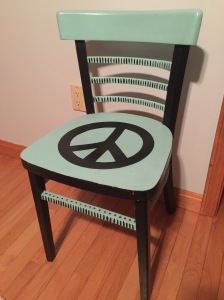 A friend from New York had previously suggested we visit Cape Ann, north of Cape Cod, and as it turns out, Ipswich is just next to Cape Ann. So far we have taken a long walk with our AirBnB host and a friend of hers at Crane Beach, which boasts six miles of undeveloped sand and dunes. We encountered numerous shore birds, as well as starfish and remnants of horseshoe crab along the coast.

That evening we four attended a talk in Rockport at the point of Cape Ann, that was given by our AirBnB host’s renter, an ecological expert and accomplished author. His talk was arranged for the local garden club. Earlier in the week some of the gardeners had created floral impressions of the art on display. It was also fascinating to see some of the pieces that were still on hand.

Afterwards we walked around the quaint streets of Rockport, then out to the wharf to snap photos of Motif #1, a building thought to be the one most often painted in all the world.

The next morning Loren and I were up early to travel to Maine to see more friends who have relocated from California to a senior living community in Topsham, said top-sum. We were surprised at the large size of their new home, impressed with the tour they gave us of nearby Bowdoin College in Brunswick, and, appreciated spending time with them and some of their neighbors who were also interested in seeing the Women’s FIFA semifinals that ended up ensuring the US a place over England in the finals.

That evening Loren and I continued on to see BoothBay Harbor – a place Loren had been thwarted in seeing the grandeur of 40 years ago due to overcast skies. We were fortunate to have clear skies this time. This allowed us to share clam chowder, scallops and lobster outdoors, while being treated to a view of the harbor, before our return drive to Ipswich. 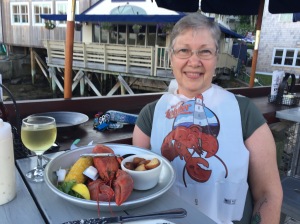 The next day Loren and I watched the other soccer semifinals match, resulting in it being the Netherlands who will face our US team on Sunday. That evening we attended the opening event of a month-long art show in Ipswich titled, “Americans Who Tell the Truth.” We were tickled to find our AirBnB renter among those being recognized. We followed up the event with a stroll on the Ipswich RiverWalk, where we encountered an enormous mural depicting aspects of our country’s early history. 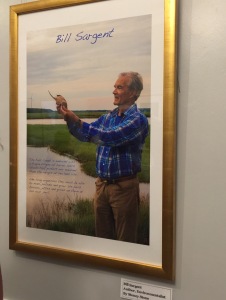 By coincidence, the next day was Independence Day. Loren and I hope you too had a wonderful 4th of July, celebrating a Happy Birthday to us in the US. We spent the day by taking a Bikram yoga class, then heading out of town to visit yet more special friends – another couple who have moved to Massachusetts from California. We were treated to a delicious lunch, a dip in a nearby pond, and a tasty BBQ dinner, all while catching up on each others’ lives. We learned a new word from them to add to our vocabulary – Loren and I are peripatetics, because we travel from place to place.

We have just a couple more nights in Massachusetts. It is claimed that “Everyone in Ipswich is Buddhist,” or so said the long term renter/award winning writer at our AirBnB. At the least our AirBnB host practices a form of Buddhism. In honor of Ipswich, Buddhism, and, us being peripatetic, I will include this inspirational quote that Loren came across a couple of months ago:

On an ancient wall in China, where a brooding Buddha blinks
Deeply graven is the message, “It is later than you think”
The clock of life is wound but once and no one has the power
To know just when the hands will stop at late or early hour.
Now is all the time you own, the past a golden link.
Go cruising now my brother, it is later than you think.
– Anonymous